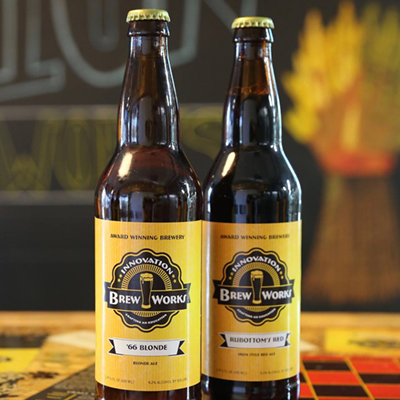 As the first on-campus brewery laboratory that brews and sells its own beer, Brew Works shares the knowledge and experience of beer production with students and the community.

Brew Works, which is celebrating its one-year anniversary, offers students the opportunity to get a look behind the business and a hands-on lesson in the science of brewing.

Head brewer Koby Harris says “students get to learn the history and different styles [of beer]. They get to brew themselves. …. They also learn to carbonate and bottle their own beers.”

Community members can also participate in presentations about beer culture.

Brew Works offers 11 styles, and the beer typically takes about three weeks to make from brew day to pour.

“We use Cal Poly Pomona-grown barley in every batch that we make” says Harris.

Most of the ingredients, from the oranges to grains, are sourced from campus fields.

The beer selections all have na 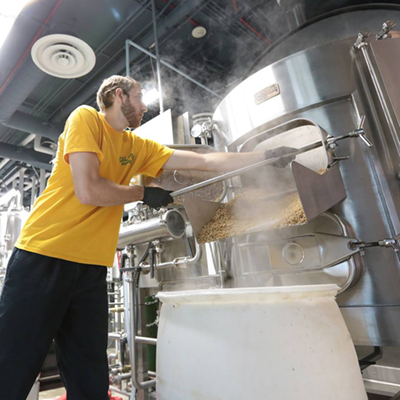